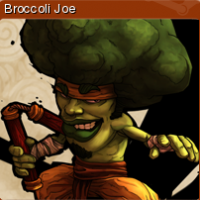 Joe Junior MemberPosts: 99
October 2005 in Tips and Tricks
Here's an idea for those customers who do not have/will not buy a controllable lighting system. The lights to be controlled should be wired to an AMX UPC-20, so having an electrican present might come in handy. Other than that, it's pretty simple:

Use an ordinary 2-pole light switch and tie it to an I/O port on a Netlinx master. Put a button on the touchpanel to turn on/off the lights.
Use a relay to control the AMX UPC-20.

First, the touchpanel button: This toggles the relay state each push. Next, use
Channel Events on the IO port to toggle the relay as
well: So, each push of the panel button or each flip of the
wall switch will toggle the relay tied to the UPC-20+
to the opposite state. You can even use the relay
state for button feedback. The only drawback, if you
want to call it one, is that sometimes the wallswitch
will be in the 'UP' position and the lights will be
off. Not really a big deal. We have used this to
control several zones of lighting where the customer
did not want to spring for an entirely new lighting
system. It works great.
0