Hi,
I know there was an old thread already but i couldn't manage to find it, so i thought it would be a good idea to make a new one to share your NetLinx's theme/customizations with others!

Here is mine, basically, i copied the famous dracula theme, i don't even know if it was already made but.. anyway, i am also using Ubuntu Mono as my main font and Andale Mono for output,notif and diagnostics. 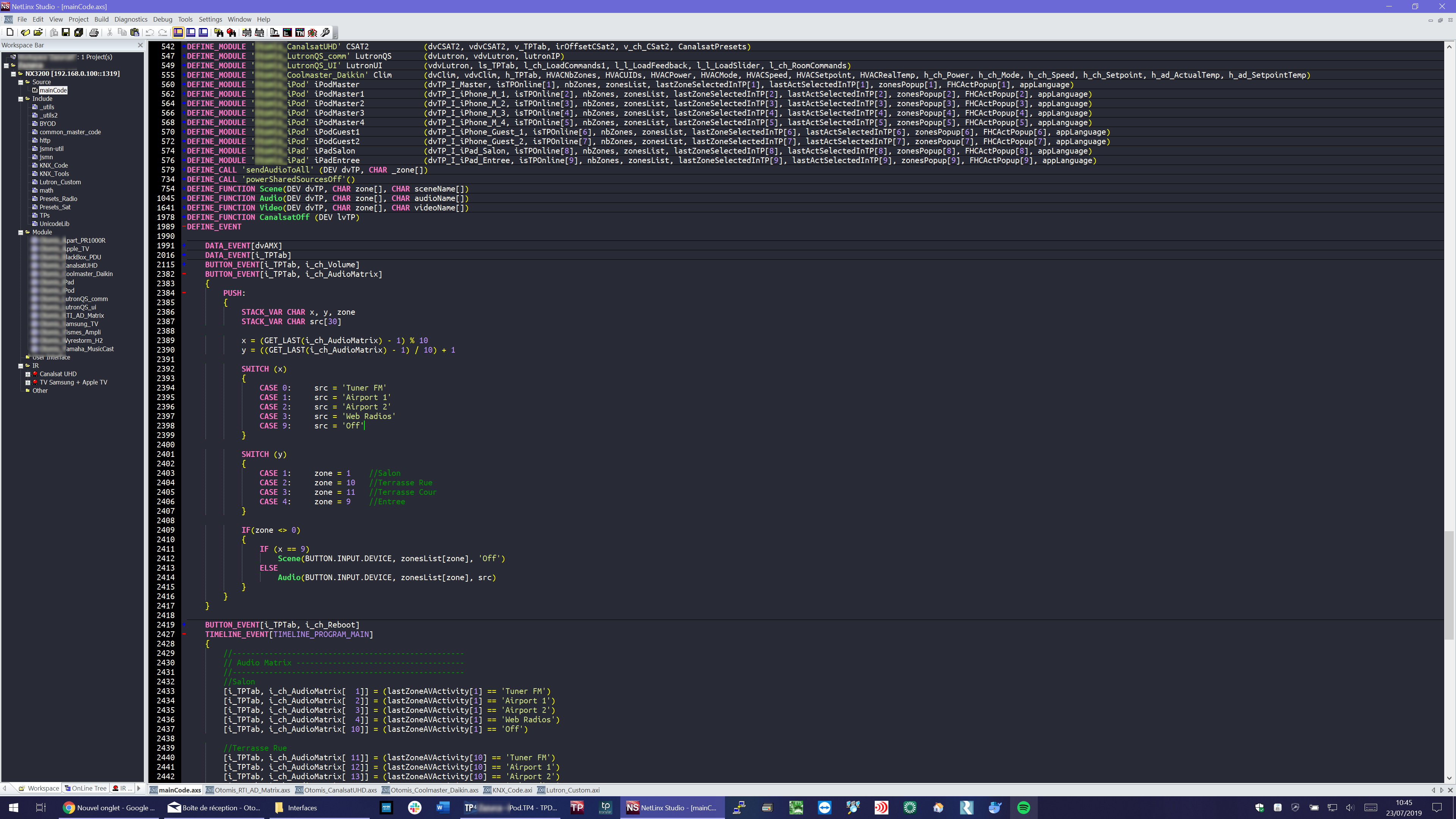