Can #include directive specify a file in a subdirectory? 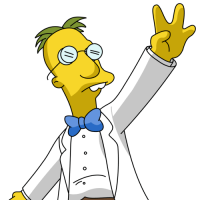 I wrote #include 'subfolder/MyFile.axi', then thought, this is Windows, should that be a forward slash or backslash? So I tried compiling, and got

WARNING: (1)The pre-processor is unable to find the directory subfolder/ in the given path. Ignoring directory and continuing...
ERROR: (5)NetLinx Pre-Processor Error: Could not find the include file subfolder/MyFile.axi

OK, I figured it wants a backslash. Tried that, same error but with a backslash after the folder name. Then I found this very old thread where the verdict seemed to be that people just put all their includes in one directory and don't use folders -- nobody actually answered the question.

So: is this actually impossible? If relative paths aren't supported, then why is there a special error message about "unable to find the directory"? If they are supported, what's the syntax to include a file from a subdirectory?