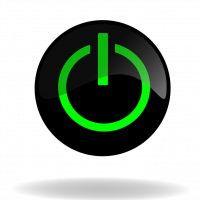 Thomas Hayes Junior MemberPosts: 1,164
March 2005 in NetLinx Studio
Hi Everyone
I have an odd problem that I can't figure out. When I active a pop up page on my panel it works fine but when I try the same button from the web-panel I loose the top of my pop up. What I have is a pop up overtop of a pop up. The top section shows what monitor is being controlled and the bottom the actual controls. By selection the monitor the bottom changes from the controls for one monitor to the other.
0