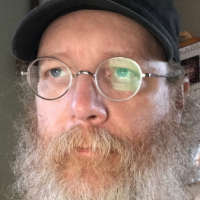 This was originally posted on ProSoundWeb, so forgive me if someone is working on it there already.

I’m setting up some modifications to the PA system at cat’s cradle in Carrboro, NC catscradle.com
We have (4) I-tech 4X3500 amps powering VTX V20s and G28s - each amp powers 2-3 tops and 1-2 subs. I guess this distributes power/current/heat across all 4 amps, rather that subs on their own amps - which would’ve made it easier to solve my issue. I have the original show file from the initial set-up. It’s currently being run as a full range system, but I want to allow the option to run the subs on aux instead.

Then the trouble began.

I tried to show the head engineer how to load the full range presets via the amp control panel (so that he could switch from one to the other without having to rely on the laptop - because we haven’t run cat-5 from FOH yet to facilitate control) and it seemed to erase all presets - the amp displayed -40 dB levels on all four channels, which was the first indication that something had gone wrong. I checked performance manager - and all the amplifier preset information was gone (as I recall). So I loaded up the original performance file and sent it to the amps to get them back to the state they were before I made changes.

I plan to keep working with it, and can provide the Performance Manager file(s) if someone can figure out what I did wrong. All I want to be able to do is be able to have a “full range” and “subs on aux” preset on each amp, and be able to switch between either via amp panel directly and/or using performance manager.
Is this a firmware issue?
Should I use different software - audio/venue architect?
Surely there’s a simple ‘one click’ method of switching between full range and subs on aux that other venues use?
I also have other questions about our Harmon-JBL system, but can start a new thread if that’s more appropriate.