You're welcome! We are also working on Machine based authentication as well so no more USB iLok which will be welcome to many I assume!

Sooo welcome! For me, the PCM bundle plugins are currently the only iLok plugins I'm using that require dongle authentication. I'm stoked you guys are doing this!

@nlhknn said:
same here - are the reverbs from native bundle working on m1 in rosetta mode?

@TaoMeng said:
is it OK to use rosetta on M1 computers?

It works here on mac studio M1 ultra .. but the finally solution is Apple Silicon native update. we all waiting for that . lexicon is very slow in support and I'm starting to doubt that there will ever be an update

We will have an update with native silicon support at some point in the following year (hopefully early on). It is guaranteed there will be an update. We will announce beta testing ASAP and release a public beta ASAP, I will announce it here.

For now Rosetta is still needed to run the plugins with M1 Macs. 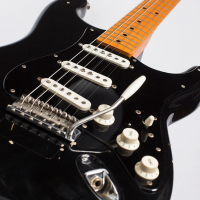