JBL Pro Connect APP all but UNUSABLE with PRX One. 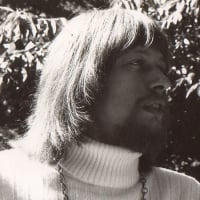 I've been gigging for over 60 years and I've done stage sound as well as been a recording engineer and producer for over 52 years. I've also been a software programmer, systems designer and consultant since 1965.

I've been very happy with my JBL Eon One (and a pair of Bose S1 Pros) and also own a QSC Touchmix 16 that I thought I could leave at home once I got the JBL PRX One. Now I'm not so sure - which is very sad considering the built in mixer and APP was 60% of my decision to try out a PRX One.

First I'm quite happy with the out of the box sound when my Taylor 714CE was plugged in. As you'll see, that's a good thing. Even my music partner's cheap-ish Taylor nylon string sounded great. So guitar sound, Check. REALLY good. Even better than the Bose L1M2 I used to own.

The user guide for the unit is way too opaque but I'm going to struggle through it some more. It would have been nice to have a professionally produced manual with more pictures detailing the processes to control the mixer in the PRX One. The controls are FAR from intuitive for anyone who's owned different gear -- maybe they resemble some other stuff that Harmon makes?

For instance, it's QUITE disturbing to find that holding down one channels button to mute ends up kicking the unit into channel strip mode instead of remaining in mix mode allowing me to mute other channels without using the mode switch. That was a fun thing to finally figure out AFTER my 5 hour gig yesterday!

Compounding the problem was that you can't see the LEDS very well in sunlight so I couldn't tell what mode I was in on stage. Need another mode indicator?

The EQ apparently does NOTHING. I HATED my vocal sound (with Neumann KMS105 and VERY good voice) and even though I spent a considerable amount of time today trying to EQ something better out of it, I'm probably going to have to use some outboard gear on the input to accomplish what I need done. More gear defeats the purpose of buying a PA with a “mixer” built in.

A 3 band graphic with such tiny range of cut and boost? Really?

And then there's the completely UNDOCUMENTED and nearly unusable APP. Here's the list of what I've come up with just in the last couple of days:

A) NO MANUAL!!!
1) It doesn't remember Phantom power setting - Why is that?
2) Touch controls often DO NOT WORK. Touch, move, nothing happens. Programmed to be way too insensitive? (EVERY other App in my pad works fine including the excellent QSC Touchmix App).
3) NO WAY to determine how much signal each channel is getting. No level meters, bars or whatever.
4) The level controls in the APP have a terrible contour (or maybe they follow the contour in the unit?). As they stutter up in the app it's no gain, no gain, no gain, no gain, WHAM! TOO MUCH GAIN. Then attempting to dial it down is a hit and miss affair that usually overshoots in both directions. The Touchmix App is a thousand times better as well as providing a pair of "nudge" tools for incremental changes that are more precise than trying to move a control with a finger.
5) Finally (so far) the EQ is doubly unusable in the APP. First touching any of the preset "buttons" (they ARE buttons, right?) does NOTHING. No change. (the presets are all terrible). Then trying to change any parameter in the bands pops up a nag screen that says "Would you like to load data to CUSTOM?" Yes or no. First, WTH does that even mean? (See A above). Touching No does nothing and touching Yes does nothing audible. Of course, changing the cut and boost in the unit itself does nothing I can hear. Of course, maybe the EQ in my PRX One doesn't work?
6) Oh, wait, not 'finally' -- when I downloaded the APP into my Android phone it connected to the PRX One and then LOCKED UP MY PHONE - I had to powerdown and restart it to use it as a phone again.

Today, just to make sure I updated the firmware in the PRX One -- that took 20 minutes and at the end was pretty scary for the last 5 minutes when the unit sat there with all of the LEDs yellow as it "rebooted" and no other indication (like in the display) that SOMETHING was going on.

Alas, the extra iPad mini I've had for years that's running ios 9.3.5 won't download and install the JBL Pro Connect APP - even though it runs the Touchmix App FINE.

Maybe wander over to the Soundcraft UI mixer programmers and get some of them to "do it right"?